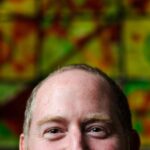 Mark Snyder is a composer, performer, producer, songwriter, video artist and teacher living in Jacksonville, Florida. Mark’s multimedia compositions have been described as “expansive, expressive, extremely human, ….Snyder’s compositions attract performers who resist to works with electronics as well as audiences who don’t think they want to hear computer processing.” Dr. Snyder is Assistant Professor of Music Business and Production at Jacksonville University teaching courses in music business, audio production and music technology . He earned his D.M.A. from the University of Memphis and an M.M. from Ohio University. He is a member of the American Society of Composers, Authors and Publishers (ASCAP), the Audio Engineering Society (AES), The National Academy of Recording Arts and Sciences (NARAS) Society of Composers Incorporated (SCI) and Society of Electroacoustic Musicians in the US (SEAMUS). marksnyder.org 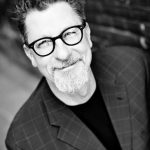 Professor Tony Steve (b.1959) teaches percussion and composition. He has performed with the Jacksonville Symphony (member 13 years), Israeli Festival Orchestra,Glimmerglass Opera Orchestra, Hartford Symphony, North Eastern Pennsylvania Symphony, Greenwich Symphony, and Bridgeport Symphony as a percussionist. He has toured with A Chorus Line in Europe. Professor Steve appeared in Korea as marimba soloist with the Brooklyn Percussion Ensemble, and performed as percussionist at Madison Square Garden for A Christmas Carol. In addition, he has worked with Henry Mancini, Aretha Franklin, Lou Rawls, Robert Conti, The Mannheim Steamroller, The Xavier Cugat Orchestra.

As a recording artist he has appeared on numerous recordings. The Guaraldi Sessions with Aaron Brask, French Horn soloist, When God Was A Child, Three Christmas Songs for Vibes and Soprano by Bob Moore sung by Karen Adair. Sonnets from Assisi(Marimba and Soprano) by Bob Moore, performed with Karen Adair on The Apollo Project. Midnight Clear , traditional Christmas music with a world twist with Pianist, Bob Moore. Release, new age folk with guitarist, Don Casper. 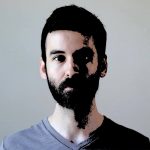 Eric Sheffield is a musician and maker currently interested in physics-based modeling, networked performance, and popular music. He recently completed a PhD in the Experimental Music and Digital Media program at Louisiana State University. Eric is a founding member of the group Bell Monks, which has several releases available at music.bellmonks.com and on clang (clang.cl). He currently teaches music and recording as an assistant professor at SUNY Broome. 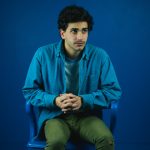 Taylor Neal’s music is like sitting in the living room and catching up with a long-time friend. It’s filled with both the comfort of familiarity and curiosity of new beginnings. Through songwriting, Neal is able to feel detached from the world at large, yet close to the things in this world that matter to him. It’s a way for him to creatively express his own thoughts and emotions. Production and recording with others are another way where he works to engage in genuine creativity through collaboration.

As a multi-instrumentalist, composer, songwriter and sound engineer, Neal finds himself through his work in a variety of styles. With an education in music business and electroacoustic music under Dr. Mark Snyder, the fundamental and technical knowledge drives his inspiration and creativity. Along with mixing and engineering, Neal plays the French horn, guitar, and keyboard. Placid and calming, his music is sure to put your mind at ease and make you feel at home.

In 2018, he started producing and playing with indie-rock band Bobby Kid. Since then, he’s produced music for Quarter Roy, Matilda, Howdy, Shane Malone, Tay, and Runners High. His sound lies somewhere between indie-folk and dreamy syphonics. No matter what project he’s working on or contributing to, you’ll be able to hear the warm inviting sound shining through the music.
taylornealmusic.com 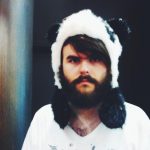 Jeremiah is a freelance designer, illustrator, musician, teacher, and all around fun guy (*finger guns*). He spends his days designing stuff for the Memphis Flyer and Memphis Magazine and spends his nights performing music as “The Ellie Badge,” a one-man-band style thing with lots of live-loops and fun stuff. It’s depressing! Jeremiah also enjoys just chillin’, ya know? Fun fact: Jeremiah also gets a lot of anxiety from writing his own bio.

After three years Jeremiah received his MFA in graphic design from the University of Memphis in 2016 where he currently teaches Typographic Design I. Jeremiah really enjoys teaching and hopes to do more in the future. While attending Delta State University Jeremiah was vice-president and then president of GrammyU and Art Director of the Kappa Pi Art Fraternity. He graduated in 2013 with a BFA with a concentration in Graphic Design and a minor in Printmaking.

Jeremiah is an avid and unironic fan of Star Wars, superheroes, The Legend of Zelda, pop music, Overwatch, not-so-pop music, pizza, Magic: The Gathering, and cartoons.

Jeremiah also has a cat named Tokyo Lunchbox who he is very fond of and you too can become fond of Lunchboy by following Jeremiah on instagram at @DrChompChomp.